The development of blockchain and digital assets around the world has led to the fact that the leadership of many countries has been engaged in legislative changes for ten years - new concepts are introduced, regulatory functions are added. This trend has not spared our country either - the law on cryptocurrency in Russia from 2021 has already entered into force. Another bill from February 2021 is being considered in the State Duma. But already, starting from January 1, all actions related to the sale or purchase, storage and use of cryptocurrency must be consistent with the new law. It was developed for a long time, specialists from both the fiscal and financial sectors were involved in the process. What changes have come in the life of crypt lovers?

Important provisions of the new law

The first and foremost goal of such a law is to bring a new industry with great potential out of the shadows. Indeed, in fact, cryptocurrency as an asset has been present in the country for a long time, practically from the moment of its appearance, but the absence of any legal mechanisms for working with it took the whole process out of the scope of state regulation. And if ten years ago the volumes were so small that they turned a blind eye, now billions of dollars in turnover require legalization. At the same time, it is important for the state not so much to receive taxes as to take control of, if not conducting operations with cryptocurrency, then at least information about them. While we are not talking about any loyalty to new technologies, crypto exchanges will not yet be encouraged, as well as the status of a means of payment is not yet considered. But the existence of a new type of property has already been recognized, its owners can count on judicial protection in controversial issues. But the order of this protection has not yet been established.

Additionally, the law also stipulates the protection of non-professional investors from financial losses. However, so far such protection is more like restricting their rights. In addition, the procedures for applying such restrictions are not spelled out.

The new law contains several very important points. The first is that cryptocurrency exists as property. And the second - since 2021, settlements in cryptocurrency on the territory of Russia are prohibited. Now officially and legally.

Digital assets are recognized as aggregate electronic data that enjoy all the rights and capabilities of property - they can be bought, sold, even gifted. But you cannot pay in bitcoins on the territory of the country.

And the sale or purchase itself can now be carried out only through authorized operators - they must be included in special lists of the Central Bank.

And one more important point - individuals can buy cryptocurrency from authorized dealers - but for an amount not exceeding a specially agreed one. The amount will be set by the Central Bank.

The tax on cryptocurrency in Russia in 2021 is another innovation of the law. Since digital financial assets are recognized as property, they will be taxed accordingly. Consequently, any sale of cryptocurrency entails a tax on personal income of 13%. If the deal is particularly successful, and the amount of profit is more than 5 million rubles, the tax will already be 15%.

At the same time, small owners do not have to worry - transactions with bitcoin should be entered into the declaration only if the amount of transactions per year does not exceed 600 rubles, this is a tax-free minimum established by law.

The state, by the way, counts on the conscientiousness of citizens - the amount of tax is supposed to be calculated independently and to enter data into the declaration submitted to the tax service at the place of registration within the established time frame. Most often, the due date is April 30 of the year following the reporting year.

What to pay special attention to

Data on the availability of digital assets must be entered in the tax return annually if the amount of such assets exceeds 600 rubles. If we take into account that the cost of one bitcoin in rubles is about four and a half million rubles in the first quarter of 000, then the non-taxable minimum is seven times less than the cost of just one coin.

In the situation of cryptocurrency in Russia, another point is interesting - the attitude of the Central Bank. So far, his assessment is negative. The country's chief financial regulator does not recommend buying such an asset. In addition, the use of cryptocurrency as a means of payment is strictly prohibited.

But the taxation of mining remains unregulated. By the way, cryptocurrency, if you do not carry out operations with it, but simply store it in an account, is not subject to taxation.

An important point - for the first time, information on the sold digital assets will need to be entered in the declaration already before April 30, 2021 - at the end of 2020. The principle of calculating the amount payable is simple - the purchase price is deducted from the sale price, the difference - profit - is multiplied by 13%, the current amount of personal income tax. At the same time, it does not matter when the coins were purchased - last year or earlier, the rate does not change, there are no benefits.

At the same time, it is assumed that miners and crypto-exchanges will additionally provide all information about the operations performed to Finmonitoring. Failure to provide such information will also be subject to penalties.

Breaking the law will be severely punished

As in any law, the new rules provide for penalties for owners of digital assets who sold them and did not include this event in their annual declarations.

According to articles of the Tax Code

Unintentional delay will cost 20% of the unpaid taxes. But if the non-payment is recognized as intentional, the amount of the fine will double, it will double and amount to 40%. These are the norms that are laid down in the tax code, and which will now apply to such property as cryptocurrency. In this case, in addition to fines, you still need to pay tax.

According to articles of the Criminal Code

In addition to tax evasion, tax evasion is also mentioned in the criminal code. Large arrears can cost up to 300 rubles in a fine or imprisonment for up to one year. And if it comes to a particularly large amount of arrears - a fine of up to 000 rubles or imprisonment up to three years.

With such a significant increase in the value of the cryptocurrency, the large size does not seem so large - only 2,7 million rubles over 3 years. An especially large size - 13,5 million rubles, which as of the beginning of 2021 is only about 175 thousand dollars. It's just three bitcoins.

For failure to submit a declaration

Fines for failure to submit a tax return are spelled out separately. So, for each month of delay, 5% of the fine will be calculated, but not more than 30% of the total. The minimum amount of such a fine cannot be less than one thousand rubles.

But there is one nuance - all taxes and fines from the sale of cryptocurrency will be discussed only when changes are made to all other legislative acts, namely, the Tax and Criminal Codes of the Russian Federation. But the project for making changes is still being developed.

What are the prospects for digital assets in Russia

Financial regulators are busy with the most important thing - introducing the very concept of digital assets into legislative acts. This is really important also because the state has officially defined its attitude to these assets - exclusively as property. 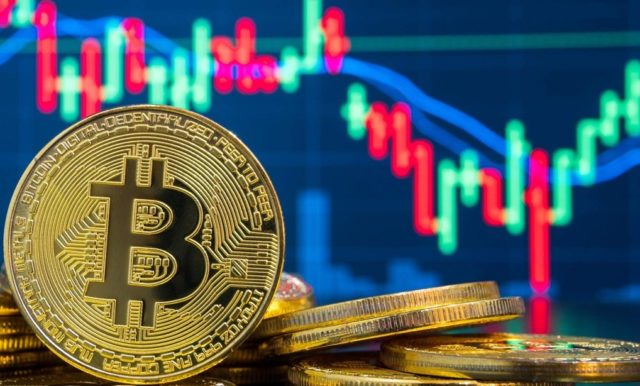 The advantages of this definition:

Cons of defining cryptocurrency as property:

The further development of digital assets will primarily depend on the Central Bank and its recommendations, and its position is not yet encouraging. Therefore, obviously, it is not yet worth considering Russia as a country of jurisdiction for a crypto exchange. In addition, the restrictions for unqualified investors on the purchase of cryptocurrency are negligible - 600 thousand rubles a year, which is significantly less than even one bitcoin. Professional investors, however, must have assets worth 6 million rubles. Who is the owner of 1 bitcoin worth about 4,5 million rubles is not specified in the law. Such restrictions are incomprehensible, they restrict the rights of ordinary investors, formally - in order to protect them from financial losses. Whether such measures are justified - experts find it difficult to answer.